For the twenty-fourth meeting of the Conference of Parties (CoP) which will take place in Katowice from December 2–14, 2018

The Paris Agreement was adopted and opened for ratification at the 21st Conference of the Parties (CoP) to the UNFCCC in December 2015. The Agreement entered into force in November 2016 when 55 countries, producing at least 55 per cent of the world’s greenhouse gas (GHG) emissions, ratified it (India had already ratified it in October 2016). 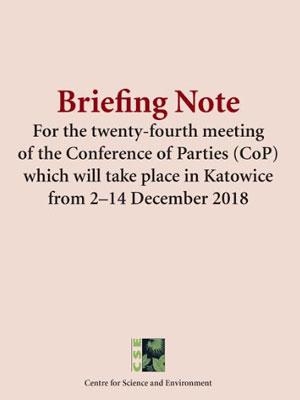