The Global Goal on Adaptation

Climate change has negative impacts on human societies and economies. For example, between 1997 and 2016, extreme weather events caused more than 500,000 deaths and economic losses of around US $3 trillion.1 Looking ahead, for every degree increase in global average temperature, crop yields for rice, wheat, corn and soya bean are estimated to reduce by 3–7 per cent.2 The Intergovernmental Panel on Climate Change (IPCC) report on 1.5°C indicates that coral reefs will decline by 70–90 per cent at 1.5°C of warming, with near complete losses at 2°C.3 The IPCC report also refers to a potential decrease of about 1.5 million tonnes in global annual catch for marine fisheries at 1.5°C of global warming; at 2°C this estimate increases to 3 million tonnes.4

The exacerbation of health risks like heat exposure, diarrhoea, malaria and childhood undernutrition is estimated to result in 250,000 additional deaths per year between 2030 and 2050.5 These impacts are not evenly spread across populations. The IPCC identifies ‘disadvantaged and vulnerable populations, some indigenous peoples, and local communities dependent on agricultural or coastal livelihoods’ as those who bear a disproportionately higher risk of adverse consequences of global warming of 1.5°C and beyond.6 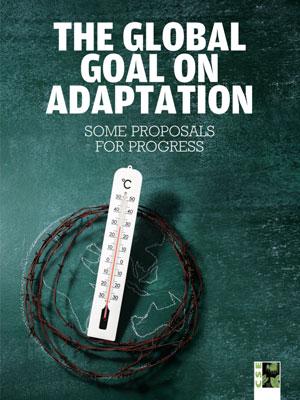