Srikakulam is a coastal city located in the state of Andhra Pradesh (AP). It is the district headquarters and is an important administrative and commercial centre. It is one of the oldest municipalities of the state, established in 1856. It is located adjacent to the National Highway number 5 connecting Chennai and Kolkata. River Nagavali flows through the city. (MA&UD, 2011).

Municipal boundary has been chosen for the current study. It comprises of an area of 20.9 sq.km (MA&UD, 2011). 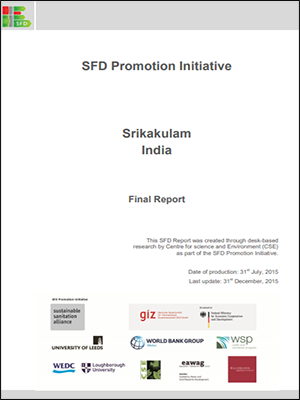