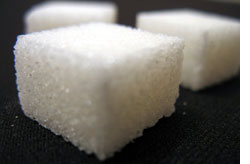 Denmark first imposed fat tax on saturated fat in October 2011 and is now contemplating imposing a tax on sugar and chocolate consumption to fight the bulge.

This discussion on sugar gained impetus at the UN General Assembly in September 2011 which declared that non communicable diseases like cardio vascular diseases, diabetes and cancer were a greater burden to human health that infectious disease. The UN underlined alcohol, tobacco and diet as the major causes for the rising number of NCDs around the world. While alcohol and tobacco are regulated to protect public health, food goes unregulated. Regulating food is difficult but identifying and regulating the main villain in the food could do the trick.

A study published in the Nature (vol 482; February 2, 2012) states that over the past 50 years the consumption of sugar has trebled worldwide. So while Denmark’s decision to tax sugar is laudable, there is an urgent need to identify the bigger problem. And that is ‘added sugar’, that is defined as any sweetener containing the molecule fructose that is added to food in processing.

The American Heart Association (AHA) statement, published in the journal Circulation, points out that added sugars, such as high-fructose corn syrup or ordinary table sugar added to sodas, breads, and other processed foods, are likely responsible for the increase in calorie consumption and the subsequent rise in obesity of the past few decades. Moreover, people with unhealthy sugar intake levels consumer lower levels of vital nutrients, such as zinc, iron, calcium, and vitamin A.

A survey of American consumers show that the average American consumes around 22.2 teaspoons of added sugar every day. According to the new guidelines released by the American Heart Association, only a fraction of that amount should be consumed. The recommended sugar intake for adult women is 5 teaspoons (20 grams) of sugar per day, for adult men, it’s 9 teaspoons (36 grams) daily, and for children, it's 3 teaspoons (12 grams) a day.

While the US has given into the use of High Fructose Corn Syrup (HFCS) manufactured from corn syrup (glucose), processed to yield a roughly equal mix of glucose and fructose most countries have shunned the sugar substitute.  Excessive consumption of fructose causes the same problems as alcohol. A growing body of scientific evidence shows that fructose can trigger processes that lead to liver toxicity. Among other impacts of chronic fructose exposures are
hypertension, pancreatitis, obesity, malnutrition, hepatic dysfunction, myocardial infraction and dyslipidaemia.

The authors of the paper published in Nature, Robert H Lustig, Laura A Schmidt and Claire D Brindis, argue that limiting fructose- and its main sources HFCS and sucrose- should be the first step to improve public health.

Like alcohol and tobacco, sugar has a potential for abuse, it is addictive and encourages the brain to increase intake. Sugar dampens the suppression of the hormone ghrelin, which signals hunger to the brain. It also interferes with the normal transport and signalling of the hormone leptin, which produces a feeling of satiety. Sugar intake reduces dopamine signalling in the brain’s reward centre, decreasing the pleasure derived from food and compelling the individual to consume more.  So it leaves you feeling hungry all the time without giving a sense of fulfilment!

Sugar just doesn’t add calories it affects health beyond that. Sugar induces diseases associated with metabolic syndrome including Hypertension, high triglycerides and insulin resistance through synthesis of fat in the liver, diabetes from increased liver glucose production combined with insulin resistance. The ageing process speeds up caused by damage to lipids, proteins and DNA through the non-enzymatic binding of fructose to these molecules.

Getting rid of sugar

This, authors’ feels is the best way out. Adding taxes to processed food that contains any form of added sugar is what they propose. This will include soda, other sugar sweetened beverage like juice, sports drink and chocolate milk and sugared cereal. Canada and some European countries impose small additional taxes on some sweetened food. The US is currently considering a penny per ounce soda tax. Data shows that Americans are consuming on an average 216 litres of soda per year of which 58 per cent contains sugar.

Though a tax of a penny per ounce, will generate annual revenue of about $14 billion per year its unlikely to impact consumption, feel the authors. A statistical analysis shows that prices would have to be doubled to significantly reduce the soda consumption.

Apart from taxes, to fight the sugar battle restricting easy availability of sugary products in the school vending machines and at workplaces and restricting the sale of soda etc to children below 17 years would be crucial.