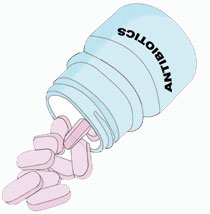 The US Food and Drug Administration (USFDA), has come up with guidelines that asks drug manufacturers to voluntarily limit the use of certain antibiotics in animal feed.  The FDA has asked the drug manufacturers to limit use of 200 antibiotics as growth promoters and keep them only for therapeutic purposes. The companies adopting this recommendation will have to revise their product labels to reflect the change. After the re-labeling of the products, they will only be available to the farmers on recommendation by a veterinarian. The companies will get three months to clear their strategy and three years to adopt it.

While some public health advocates lauded the plan, others found it insufficient because of its voluntary nature.  “The Food and Drug Administration's new policies intended to reduce the overuse of important antibiotics in animal production are tragically flawed. They rely too heavily on the drug industry and animal producers to act voluntarily in the best interest of consumers,” said Caroline Smith DeWaal, Director, Food Safety, CSPI (Centre for Science in the Public Interest is a non profit health advocacy group based in Washington DC)

The FDA deputy commissioner for food, Michael Taylor, however, termed it “most expeditious” way to control the use of antibiotics in animals for non-therapeutic purposes. The FDA officials also pointed out that with so many drugs approved now, it might take decades of administrative proceedings and possibly litigation to withdraw each drug.

These steps were taken in response to the order issued by the federal court judge in United States (US) asking the Food and Drug Administration (FDA) to take action on use of antibiotics in farms. The order was passed to stop the mixing of antibiotics with feed of animals, a very common practice in US responsible for the development of dangerous drug resistant bacteria.

FDA had allowed the use of antibiotics for animals’ use in 1951; much before it was realized that their excessive use in farms could lead to resistance among bacteria. Later, in 1977 FDA concluded that use of antibiotics for poultry, livestock and other animals could affect their effectiveness for human purpose use. The FDA had tried to enforce a rule that would have restricted the use of penicillin and tetracycline for farm animals unless the drug makers could prove that they were safe. However, the rule was never implemented because of resistance from the drug makers and farmers who argued that antibiotics were necessary to keep animals in good health.