As the demand for a ban on Endosulfan in India is gaining pitch and Karnataka being the latest state to ban the pesticide, the Pesticide Manufacturers and Formulators Association of India (PMFAI) is going around crying foul. They are leaving no stone unturned to save endosulfan. Press meets across the country and plugged newspaper reports maligning studies that have indicted endosulfan in the past is a desperate attempt to save a US $100 million endosulfan industry.

India's exports of endosulfan are worth US $ 40 million; this is about 70 per cent of the world's endosulfan trade. India is by far the largest manufacturer of endosulfan, and its production (technical grade) is controlled by three companies- state-owned Hindustan Insecticides Ltd (HIL) and privately owned Excel Crop Care Limited and Coromandel International Limited. Excel Crop Care Limited controls approximately 60 % of the endosulfan production, followed by Coromandel International Limited (approx)25 % and the state-owned HIL with a (approx)15 % market share.  Internationally, China and Israel are the other manufactures but there share is very small.

The press meets organised by the chemical industry body are timed to peak before the COP (Convention of Parties)meet in Geneva in April to decide the fate of the pesticide. Endosulfan, a persistent organic pollutant, has been banned by nearly 73 countries across the world. Countries like Cambodia and New Zealand, that have banned endosulfan, cited examples of the impact endosulfan has had on the people in Kasaragod in Kerala. Incidentally, India has so far simply ignored it. India, along with China and Israel, are opposing the ban at the Stockholm Convention.

It is for purely economic reasons that the industry body is making all the noises. The PMFAI is refuting all studies that have indicted endosulfan for health and environmental damages. They have refuted the study done by the Centre for Science and Environment (2001) that showed high levels of endosulfan residues both in humans and the ecology. They are also refuting the report by National Institute of Occupational Health (2002) that indicted endosulfan. PMFAI has ignored the 2003 report by a high powered committee of the Kerala government which concluded that endosulfan was the cause of the health problems in Kasaragod.

The PMFAI has levelled several accusations against CSE- the first organisation to conduct a study on the people of Kasaragod. They allege that CSE's attempt to malign  the pesticide is an EU conspiracy. But what the pesticide manufacturers ignore is the fact that the study in Kerala was conducted exclusively at the request of the groups of people working in the district who had noticed high incidence of neurological disorders in the villages in Kasaragod, where spraying continued unabated for over twenty years, thrice a year.

The results of the study done by the CSE, was established by various other studies. In 2003, a high power committee by Kerala government concluded that endosulfan is the cause of the health problems in Kasaragod. The NIOH study in 2002 found presence of endosulfan residues in human blood samples that it collected from the affected area in September-October 2001.

The NIOH study, that the PMFAI is targeting in its press meets, was published in the December 2003 issue of Environmental Health Perspectives, a peer reviewed scientific journal. The NIOH study included the report from the Regional Remote Sensing Service Centre, Bangalore that confirmed, through satellite mapping, that topology of the area is such that endosulfan sprayed in the cashew plantations surrounding Padre will contaminate the entire area.

Not only have they refuted studies, they have even ignored the adverse health conditions of people suffering in Kasaragod district in Kerala. The victims have suffered over 20 years of aerial spraying of endosulfan over the cashew plantations between 1977 to 2000.

They are blatant enough to say that endosulfan is not a cause for the health condition of the people of villages in over 11 panchayats in the district. Congenital problems, physical deformities, gynaecological problems and cancer is prevalent in these villages. What they have been ignoring is the fact that the district on the western ghats is free of all pollutants- the aerial spray of endosulfan was the only source of pollutant. WHO classifies the pesticide as moderately hazardous. It is known to be acutely toxic and is a known genotoxin and neurotoxin as well as an endocrine disruptor.

Identical cases of congenital problems, physical deformities, gynaecological problems and cancer have been reported from villages in Dakshin Kanada in Karnataka. The villages- Kokkada, Patrame and Nidle- in Belthangady taluk are the worst affected as nearly 850 hectares in these villages were under the state owned Karnataka Cashew Development Corporation, that aerially sprayed endosulfan for over twenty years. Karnataka chief minister, BS Yeddyurappa has acknowledged the severity of the problem in Dakshin Kanada and banned the pesticide in the state. Not only has he given compensation to victims and their families, he also proposes to push for a nationwide ban of the pesticide.

The victims in these states are the examples of what endosulfan has done to people over so many years. But the industry continues to ignore the victims and instead back studies and reports that have acquitted the pesticide. They have been citing the government reports (OP Dubey committee report and the CD Mayee report) that showed 'no links established' between Endosulfan and the reports of health problems in Kasaragod.

Down To Earth, a science and environment fortnightly, had exposed in 2004 how the Dubey committee was manipulated, evidences were suppressed, facts were distorted and half truths were used to absolve endosulfan. Not only did the Dubey committee not take cognizance of the NIOH report, they went ahead an relied on the reports of a private lab, FIPPAT, Fredrick Institute of Plant Protection and Toxicology. Though FIPPAT had detected endosulfan residues in the blood samples they were not disclosed in the final report. The OP Dubey committee, hence gave a clean chit to the pesticide.

An expose of the OP Dubey committee prompted the government to form another committee under the then agriculture commissioner CD Mayee in September 2004. The committee submitted its report by December and it neither re-examined the FIPPAT issue nor did they re-look into aspects ignored by the Dubey committee. Ironically, Mayee committee completely depended on Dubey committee, the very committee whose criticism has led to its formation. Mayee also gave a clean chit to endosulfan.

PMFAI while riding on the government reports, has masked its economic concerns with the 'poor Indian farmer' who will fall into the debt trap since they have to buy endosulfan alternatives that are ten times costlier. But chemical lobby being what it is cannot think of anything beyond chemicals. What they refuse to see are the non chemical alternatives.

For instance the Non Pesticide Management (NPM) programme in Andhra Pradesh where chemical pesticides are replaced with home made and very effective formulations. These are very cost-effective as well- for instance a cotton farmer spends anything between Rs 800 to Rs 1000 on endosulfan on an acre of land in growing season that is usually 4-5 months (rabi season); under the NPM method the expenditure on its replacement, buttermilk extract and neem extracts, is  between Rs 120 to Rs 150 per acre per growing season. NPM has a mass following today- what started on 400 acres area in 2004 is being practised in 25 lakh acres (about 12.5 % the total cultivable area).

Chemical Industry bodies has for long been targeting CSE. When the CSE study bore fruit and the union agriculture ministry issued a gazette notification in 2006 banning endosulfan in Kerala, the Crop Care Federation of India (CCFI), sent a letter to CSE demanding unconditional apology and withdrawal of the study. Centre for Environment and Agrochemicals, headed by Rajju Shroff, chair of United Phosphorus Limited, a pesticide company,sent numerous letters to CSE, its board members and it funders maligning the organisation.

The Crop Care Federation of India filed defamation cases against CSE and lost twice. The first time it filed a defamation case against the Centre for Science and Environment in 2006 and the CCFI lost the case in 2008; they challenged this order by filing a criminal revision application and that too was rejected as the sessions judge ruled that the CSE report was not defamatory in nature.

In 2007, Centre for Environment & Agrochemicals hired a PR agency to distribute booklets called the “Chemistry of a scientific fraud” with obscene cartoons at CSE gate and in other institutions in the neighbourhood. The booklet was distributed among the board members for their comments. The cartoons were in bad taste and vilified Sunita Narain and IIT-Kanpur scientists.

They also picketed the CSE office for a month in 2007. It was however ironical that CCFI, an organisation so impassioned with CSE Study had sent protesters who had no idea about the issue they were protesting on and who Sunita Narain was. Centre for Environment & Agrochemicals filed defamatory cases against anyone who even spoke at CSE's conference or in anti-endosulfan meetings. Legal notices were sent on false charges of harassment of representatives of  Centre for Environment & Agrochemicals.

Centre for Environment & Agrochemicals is chaired by Rajju Shroff, has been at the fore of maligning the reputation of CSE and Sunita Narain. Though UPL does not manufacture endosulfan, Excel Crop Care does and it belongs to Shroff's extended family. Moreover, his interest in CSE bashing emanates from the fact that he sees these reports as an attack on the pesticide industry and a ban on endosulfan, which has become the face of pesticides in India, will become a precedent to ban other pesticides as well.

The desperation of the pesticide industry is evident. In April 2010 a notice for defamation was served by the 'Excel Crop Care Ltd'. to Sunita Narain & CSE staff, involved in the report based on which a news channel did a special programme on endosulfan.

In the following month, the Endosulfan Manufactures & Formulators Welfare Association (EMFWA) wrote a letter to the Embassy of Sweden about CSE's endosulfan study and even approached the Minister of Environment & Forests Jairam Ramesh and Prime Minister Manmohan Singh regarding EU funding CSE to carry out a fraudulent scientific study to malign a generic insecticide – Endosulfan.

CSE has been hounded for a long time by the pesticide lobby and yet has continued to strive to get justice for all those who have suffered because of endosulfan. Even you read this the pesticide lobby could be busy plotting against CSE and Sunita Narain. As Sunita Narain mentioned in one of her edit pieces in June 2008- the dirty tricks department of the pesticide industry is working over-time to find innovative ways to attack. But we all know there is too much at stake here to let a few sticks and stones break our bones. 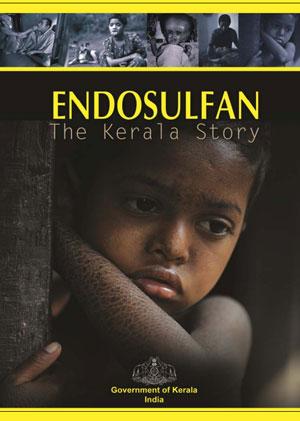