Scientific evidence has established that climate change is accelerating the frequency and intensity of extreme weather events like droughts, floods, unseasonal rainfall and extreme temperatures. Evidence also reveals that, globally, the poorest bear maximum losses and damage as a result of climate impacts, even though they have contributed least to the cause of climate change. Further, the impacts on the agriculture sector are felt most by developing countries since their economy is largely agro-based. This being the case, the importance of tools like climate risk insurance, that enable reducing, sharing and transferring the risks related to climate extremes is being increasingly recognized.

Developments in the past year have set a new agenda for sustainable development and capacity building. In March 2015, countries adopted the Sendai Framework for Disaster Risk Reduction (SFDRR). The Sendai Framework is a 15-year, voluntary, non-binding agreement which recognizes that though reducing disaster risk is primarily the burden of states, but the responsibility should be shared with other stakeholders including local government and the private sector.

In July 2015, the Addis Ababa Financing for Development Conference took place which gave a new direction to development finance.2 In September, countries adopted Sustainable Development Goals (SDG) and the post-2015 development agenda which are global in nature and in December, world leaders negotiated a new global climate agreement in Paris (COP 21) to address climate change and prevent it from reaching hazardous levels in the atmosphere. 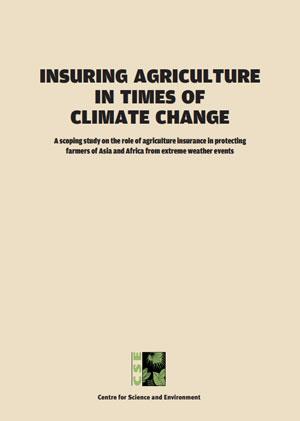