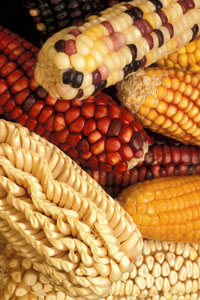 The Parliamentary standing committee on agriculture came up with its 37th report on ‘Cultivation of Genetically Modified Food Crops – Prospects and Effects’. Basudeb Acharia, the chairman of the committee, presented the report in the parliament on August 9, 2012. The report covers wide range of issues like approval of Bt brinjal and regulations for genetically modified (GM) crops in India. The committee expressed concerns about the way the case of GM crops was being handled in India and questioned the policy making by the Ministry of Agriculture.

The committee took serious note of the Bt brinjal issue in which it found severe pressure from industry on the regulators. The committee has cautioned government from yielding to the pressure of the industrial lobby and showing impatience in opening the economy to private prospectors. The functioning of Genetic Engineering Approval Committee (GEAC) and Review Committee on Genetic Manipulation (RCGM) has also been questioned in the report. The committees had approved the commercial release of BT brinjal and are in a process of assessing various other plants of medicnal importance.

Coalition for GM free India, an all India group of activists, which have been opposing GM crops in India welcomed the report found it a well timed one. “This report vindicates the concerns and positions taken by many State Governments in India, such as Bihar, Kerala, Madhya Pradesh, Chattisgarh etc which have disallowed GM crops, including field trials. It also vindicates the larger public demand not to allow GM crops into our food and farming systems” said Sridhar Radhakrishnan, Convener of the Coalition. The coalition has been opposing allowing GM crop cultivation in India.

Noting absence of proper regulatory mechanism for GM crops, the committee has recommended formation of Bio safety authority in place of a biotechnology regulatory legislation. The role of authority will be to ensure the bio-safety, biodiversity, human and livestock health, environmental protection and which specifically describes the extent to which bio-technology, including modern bio-technology, fits in the scheme of things, without compromising with the safety of any of the elements mentioned above. The ministry of Science and Technology had proposed Biotechnology Regulatory Authority of India (BRAI) bill in 2011 which had provision of a body which can single handedly clear GM crops in India. The bill has been opposed by various organizations in India.

The report has also raised the issue of labeling of GM foods and impact of transgenic crops. GM food labeling has already been made mandatory in India. Transgenic crops have genes inserted in them from other species and are seen as a threat to biodiversity. Department of Ayurveda, Yoga & Naturopathy, Unani, Siddha and Homoeopathy had raised concerns about the impact of such technique on medicinal values of plants.