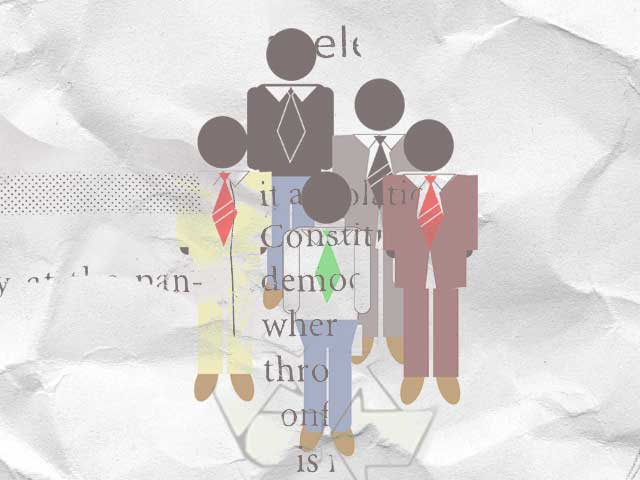 The authority was reprimanded by the Supreme Court for violating section 13(1) of the Food Safety and Standards Act 2006, that stated that the authority could create a scientific panel only with independent scientific experts. (see: Down To Earth, March 15,2011- Free Food Body of Corporate Influence)

The FSSAI had then said that they would comply with the Supreme Court orders and they have. The scientific panel now comprises of scientists from various bodies of the Indian Council of Agricultural Research and the Indian Council of Medical Research along with a generous mix of independent scientific experts or as the FSSAI's latest list terms them as independent consultants.

A closer look at the independent consultants and there is a sense of deja vu. The members of the scientific panel who are now designated as 'independent consultants' were a part of the panel as representatives of the industry till February, before the Supreme Court came down heavily on the FSSAI. On digging a bit deeper, it was found that some of them had retired within the span of the last 2-3 months.

These include officials, 'now retired' from companies like Hindustan Unilever Research, Marico limited, Glaxo Smith Kline (GSK) Consumer Healthcare limited and Allanasons Limited. Down to Earth could confirm that D B Anantha Narayana, Vilas Ramrao Shirhatti and  Joseph I Lewis had retired from Hindustan Unilever Research Bangalore and M/s Marico Ltd., Mumbai but the status of employment of two others Pradeep K Chaudhary of GSK Consumer Healthcare limited and Joginder Singh Berwal of Allanasons limited was unconfirmed till the date of going to press. There was no response from the companies on this issue.

"This seems to be an eyewash. The reconstitution reveals the close nexus between the corporates and the regulatory authority continues," said Ashok Kanchan, adviser-technical, Consumer Voice, a consumer organisation in Delhi.

Though some companies that have been controversial like Pepsico, Coca Cola and Nestle have been shown the door but they remain represented through industry body organizations like Confederation of Indian Industry (CII). Darshan Singh Chadha, senior technical advisor, CII continues as a member of the scientific panel for labelling and claims/ advertisements.

The new list also has a change of designations for a couple of members and that raises some concerns about their affiliations. Rashmi Kulshrestha, who in the earlier version of the list of members of the scientific panel was 'Food and Pharma Regulatory Consultant', has now also become an expert in pesticide residues and contaminant. She is on the panel for contaminants in the food chain. Regulatory Wisdom is a food and pharma regulatory consultancy firm based in Delhi.

The FSSAI did not respond, till the date of going to press, to the questions raised on the reconstitution of the scientific panel.