The Ban of Endosulfan and After

Two Turnabouts, A Joint Committee and Some Violations
Friday the 13th wasn't bad after all. The Supreme Court on May 13, passed an ad-interim order to ban with immediate effect the manufacture, sale and use of endosulfan throughout the country, citing its harmful health effects. The court also directed the statutory authorities to seize the permits given to endosulfan manufacturers till further orders. 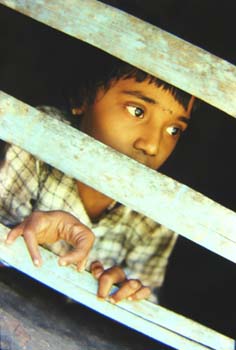 The order was passed by a three judge bench, comprising chief justice SH Kapadia, justice Swatantar Kumar and justice KSP Radhakrishnan. The bench was hearing a public interest litigation filed by the Democratic Youth Federation of India (DYFI) seeking a ban on endosulfan.

It was a smooth sailing for the petitioners as the bench prima facie supported the all India ban. The petitioners had supported their petition with three reports the report on the health impact of endosulfan on Padre village prepared by the National Institute of Occupational Health (NIOH) in 2002, the Kerala government report of 2003 on the health hazards of aerial spraying of endosulfan and the latest report prepared by the Government Medical College, Calicut.

Solicitor general Gopal Subramaniam, appearing for the Union of India  agreed with the need of a blanket ban but suggested waiting for the ICMR report. Chief Justice Kapadia was in no mood to relent. "I cannot allow the use of endosulfan for even seven weeks. Effect on one child's health is also crucial and I can't have that on my head." The  order for the interim ban was passed based on the precautionary principle and Art 21, right to life of the constitution of India.

The Supreme Court ordered a joint committee, comprising director general of Indian Council of Medical Research (ICMR) and Agriculture Commissioner, to 'conduct a scientific study on the question whether the use of endosulfan would cause any serious health hazard to human beings and would cause environmental pollution'. The joint committee was given an eight week period to come up with the report, after which the court will decide whether the ban should be lifted or made permanent.

India agreed to the listing of endosulfan in Annex A of the UN's Stockholm Convention, without any opposition. Listing of a chemical in Annex A means that Endosulfan should be banned globally. Endosulfan, an organochlorine pesticide and a known endocrine disruptor and neurotoxic, has led to serious health concerns in Kasaragod district in Kerala and the adjoining Dakshin Kannada district in Karnataka.

Over 20 years of aerial spraying on cashew plantations in these states has left many with mental and physical disorders. Studies have established linkages between aerial spraying of the pesticide and the growing health disorders in Kasaragod. Over the years, other studies have confirmed these findings, and the health hazards associated with endosulfan are now widely known and accepted.

Karnataka and MP's Volte Face
The June 3 meeting at the agriculture commissioner's office sprang a shocker. Out of the 21 states that attended a meeting at the agriculture commissioner's office, 20 opposed the ban on endosulfan and this included Karnataka, that has already banned endosulfan in the state and Madhya Pradesh, whose agriculture minister had sent a letter to the centre supporting Kerala's ex chief minister VS Achuthanandan's call for a nationwide ban on endosulfan. The representatives from the 20 states also added that they were not aware of any health problems caused due to endosulfan. 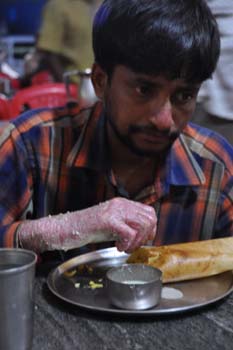 The meeting of the state agriculture department was convened by the agriculture commissioner to get their feedback on endosulfan, its use and impact. This meeting was held as a follow up to the letter the ministry had sent to all the states on April 27 seeking the states views on their experience with the pesticides.

However, other stakeholders like environmental groups, civil society groups and farmer organizations were conveniently left out. At the meeting the representatives of the pesticide manufacturers said that all opposition to endosulfan was politically motivated and so were the groups opposing the pesticide.

All states barring Kerala was that endosulfan was the cheapest broad spectrum pesticide and was friendly to pollinators. It is however worth noting that endosulfan use in Kasaragod had caused the death of honey bee colonies and they started to come back after the pesticide was banned for use in the cashew plantation.

The outcome of the meeting could be crucial in the agriculture departments submission to the Supreme Court, as agriculture commissioner is part of the joint committee.  "The Supreme Court ban was not based on need assessment so there should be no direct impact on the ban. However, now it becomes crucial on what the ICMR finds out. The ban should not be lifted till such time that the ICMR completes its report even if it takes 3 years," says C Jayakumar of Thanal, a non profit in Kerala.

A joint committee
The joint committee is on a slow burner at the moment. As the newsletter goes out, it has been five weeks since the Supreme Court ban and the heads of the joint committee have met only once. The eight week window given by the apex court to submit the report looks like a long shot at the moment. By his own submission, director general ICMR, VM Katoch had said that it would be difficult to do a study within 8 weeks.

"In case the deadline is missed the joint committee will have to ask for an extension and submit the report on a later date. The interim ban order will continue till such time that the report is submitted and a final decision to either make the ban permanent or lift the ban will be taken after the report is submitted," explained Deepak Prakash, Supreme Court advocate. He added that in case they were not satisfied with the report of the joint committee, they would fight it out in the court. Both the committees meet next on June 23.

Some Violations
Following the Supreme Court order, states like Kerala and Gujarat have seized the permit to manufacture endosulfan. Kerala has canceled the licence of the Hindustan Insecticides Limited (HIL)to produce endosulfan. Its endosulfan manufacturing unit has been permanently shut down. But thats how far the good news goes.

The implementation of the ban on the ground level is appalling. Its being sold openly in the market like in Odisha shops in Bhubaneshwar are selling endosulfan. In some places like Gujarat, the pesticide is being sold at a 75 per cent discount, what was available at rs 250 per liter is now being sold at rs 90 per liter. In Madhya Pradesh however, its the reverse. Stocks are being sold at an inflated price of rs 500 per liter. When Down To Earth contacted Punjab agriculture minister on June 2, Sucha Singh Langha, he said he had no information about the ban.

The centre, however maintains that all officers in all states have been informed and appropriate action is being taken. But a couple of letters doing the rounds show that the endosulfan manufacturers haven't taken the ban very seriously.

It turns out, the Department of Agriculture and Cooperation, in a letter dated May 18, had directed all pesticide manufacturers association to direct all registrants of endosulfan to surrender their certificates of registration to the Central Insecticides Board and Registration Committee without any delay.

But till June 3, none of the registrants of endosulfan had surrendered their certificate of registration to the CIBRC. Following no response from the registrants, the Department of Agriculture and Cooperation has stated that the registration is now deemed to be withdrawn with effect of the interim order issued by the Supreme Court.

It also turns out that there is some miscommunication of the Supreme Court judgement, wherein the notion is that the ban is for just 8 weeks after which the ban will be lifted automatically and the manufacturers can restart the endosulfan supplies. This is clearly not the case, the 8 weeks mentioned in the judgement is the deadline for the joint committee report to be submitted, based on which the apex court will take its next decision. However, the ban continues till further orders.

So when the court reopens on July 4 and re-convenes to decide the fate of endosulfan, the victims, civil society and the endosulfan manufacturers will be watching with bated breath.