The traditional agricultural system of Koraput (Odisha) has been recognized by the FAO as a Globally Important Agricultural Heritage Site (GIAHS) at the recently concluded 99th Science Congress. This recognition is for outstanding contribution to promoting food security, biodiversity, indigenous knowledge and cultural diversity for sustainable and equitable development. Living Farms is a non profit working in the Koraput region of Odisha with the tribal communities practicing the traditional form of agriculture. Debjeet Sarangi of Living Farms spoke the to The Environment Health Bulletin and explains what this recognition means for the region. 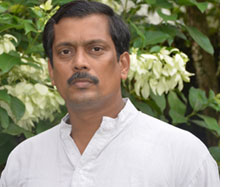 What does this recognition by the FAO mean for agriculture in the Koraput region ?

The recognition of this traditional form of agriculture as a Globally Important Agricultural Heritage Site (GIAHS) is quite significant for the local communities, their traditional knowledge and agriculture systems. To begin the UN body has recognized the intrinsic value of the tribal agriculture system which is the custodian of thousands of traditional rice varieties, rich millets based mixed farming, sacred groves and agricultural ecosystems. We hope that our policy makers, institutional researchers, and research bodies also recognize this. We expect them to take strong policy decisions to conserve this heritage and ensure that the tribal communities of the region continue to live with dignity.

We also expect from the state and central government that Genetically Modified (GM) seeds and /crops will not be introduced here. The GM crops will contaminate the local agriculture system especially the local rice biodiversity and marginalize and weaken the local farming population. This recognition should also ensure that the chemical intensive mono cropping trend driven by the second Green Revolution program is not imposed or implemented here. It is also important that the land under agriculture in this region is conserved and not diverted for any other purpose.

Is this traditional system restricted to Koraput alone?

The Jeypore tract (undivided old Koraput district), is conceived by rice researchers as a centre of genetic diversity and secondary center of origin of rice. This traditional form of agriculture is not just practiced in Koraput. Its practiced in all the tribal districts of Southern Odisha. Koraput  has the highest population growth in the state. The district is primarily a tribal district; more than 70% of the total population belongs to one of the district's 52 tribal groups. Some of the numerically large tribes in the district are Khond, Bhatada, Paroja, Bhumia and the Bondas.

What do the tribals largely rely on?

They practice millets based  mixed farming system consisting varieties of millets, sorghums, varieties of pulses, legumes, oil seeds, roots and tubers and vegetables. They have been conserving thousands of traditional varieties of rice. Apart from the cultivated sources a lot of their food, nutrition and livelihood come from commons- forests and waterbodies. So, there is an urgent need to conserve the commons in this region as well as to ensure that local tribal communities continues to  have access to their commons. (For instance if people upstream use pesticides it flows through the river and those living downstream are going to be affected)

The tribal agriculture and food system consists of cultivated and uncultivated ecosystems. Apart from the agro-climatic situation their cultural practices and food habits, play a very important role in shaping up this system. Many festivals and rituals revolve around their agriculture and food system. They  view  cultivation as more than just a means of their food and  livelihood, they view it as a way of life.

The topographic diversity of the Koraput region has resulted in a wide diversity in ecosystems under which rice is cultivated: upland (unbunded as well as bunded), medium land (irrigated and rain fed) or low land condition. Within each ecosystem, innumerable rice varieties are grown depending on the local preferences for morphological characters (such as plant height, pigmentation of plant parts, grain shape and size, presence of awns) or cultural practices such as broadcasting, transplanting, food preparations (such as cooked rice, popped rice, puffed rice), palatability (aromatic or non-aromatic).

Using their indigenous knowledge they take the viability test for seeds before sowing, maintain the soil fertility and conserve the landraces of rice and other crops. This knowledge has been transmitted from generation to generation among the family members.

How do the tribals preserve their plant genetic resources?

The “Sacred Grove” is an effective method of preserving plant genetic resources. It is a biological heritage as well as social mechanism by which a forest patch is protected. The concept of “sacred grove” is found deep rooted in the minds of different communities in Koraput region. Even today some forest patches are left to local deities as a traditional custom. Studies carried out by the Botanical survey of India and National Bureau of Plant Genetic Resources reveal that there is a rich assemblage of species useful for food.

Are these traditional forms of agriculture in any kind of a risk from the much talked about second green revolution ?

The second green revolution has been promoting subsidized  hybrid rice, hybrid maize, hybrid sunflower along with synthetic chemical fertilizers and pesticides. A region of mixed farming, local resource based agriculture is witnessing replacement of mixed farms of food crops by mostly mono cash crops. Traditional maize was never grown as a mono crop in this region. It used to be a part of a mixed farming. Are we not making the farms and farmers more vulnerable especially in this era of climate crisis ? What will happen to farmers of this region once the subsidy is withdrawn? Who will be held responsible if these tribal farmers are pushed out of their farms due to increased cost of production followed by indebtedness as a consequence of the second green revolution. We sincerely hope that the government revisits its decision on the present format and structure of the second green revolution program and re-design it to support local resource based farmer led ecological agriculture  in Koraput region as well as in rest of the Odisha.

How is this recognition going to affect the tribals ?  This agriculture system was awarded in the past on two different occasions - the Equator Initiative Partnership Award in 2002 and the plant genome saviour community award in 2006- How did they help in promoting the agriculture system and the state of tribals in the region?

We do not know whether the news of this recognition and its significance has reached to the local tribals. We hope that the cash associated with the previous  two different awards - the Equator Initiative Partnership Award in 2002 and the plant genome saviour community award in 2006 and the present one have reached the local communities. It is their community based institutions which have been the bed rock of their traditional knowledge and farming system and they should decide how the prize money should be utilized.